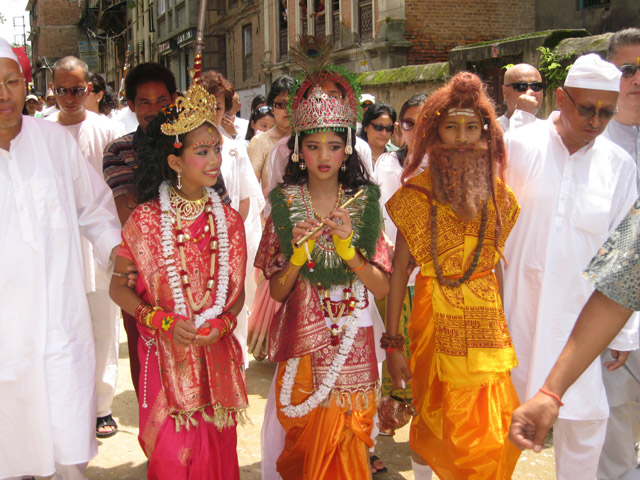 The festival of “Gai Jatra”, the procession of cows, is generally celebrated in the Nepalese month of Bhadra (July-August). The festival of cows is one of the most popular festivals of Nepal. The whole complex of Gai Jatra festival has its roots in the ancient age when people feared and worshipped Yamaraj,”the god of death”. Hence, the present form of Gai Jatra is a happy blending of antiquity and medievalism.

Gai Jatra is a carnival of dancing, singing, mirth and laughter. The festival of cow is celebrated in the Kathmandu Valley to commemorate the death of loved ones. As part of the festival family members of the deceased of the past year send people dressed as cows to parade on the streets. According to the traditions since times immemorial, every family who has lost one relative during the past year must participate in a procession through the streets of Kathmandu leading a cow. If a cow is unavailable then a young boy dressed as a cow is considered a fair substitute. In Hinduism, a cow is regarded as the most venerated among all the domestic animals. It is believed that the cow, revered as a holy animal by Hindus, will help the deceased relative’s journey to heaven.

Gai Jatra is a time to remember lost ones and also to ease the pain. The word “Gai” mans cow in English. Cow is regarded as the goddess of wealth in Hindu religion. Sharing of sorrow and taking the comfort in knowing that their lost ones are safe is the true reason of celebrating this festival.

Gai Jatra is a healthy festival which enables the people to accept the reality of death and to prepare oneself for the life after death. According to Hinduism,”whatever a man does in his life is a preparation to lead a good life, after death”. 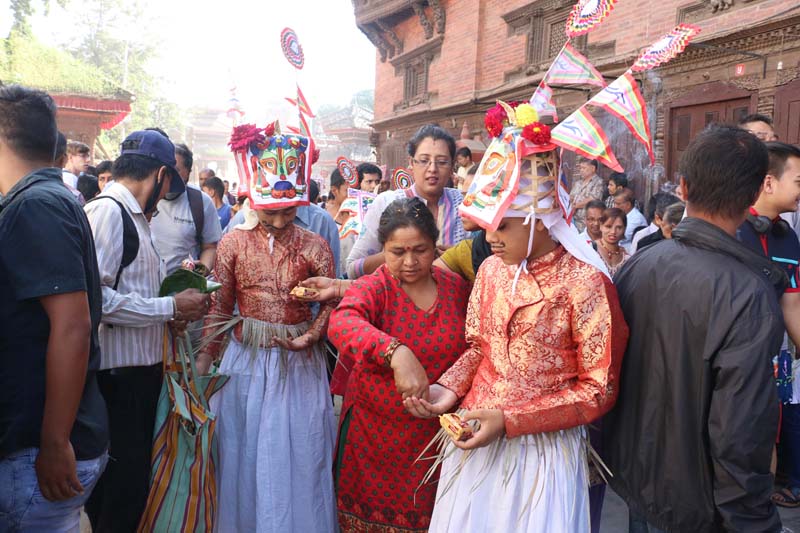 Revellers carry out a procession to mark the annual Gai Jatra Festival in Basantpur, Kathmandu on Friday, August 19, 2016. Photo: RSS 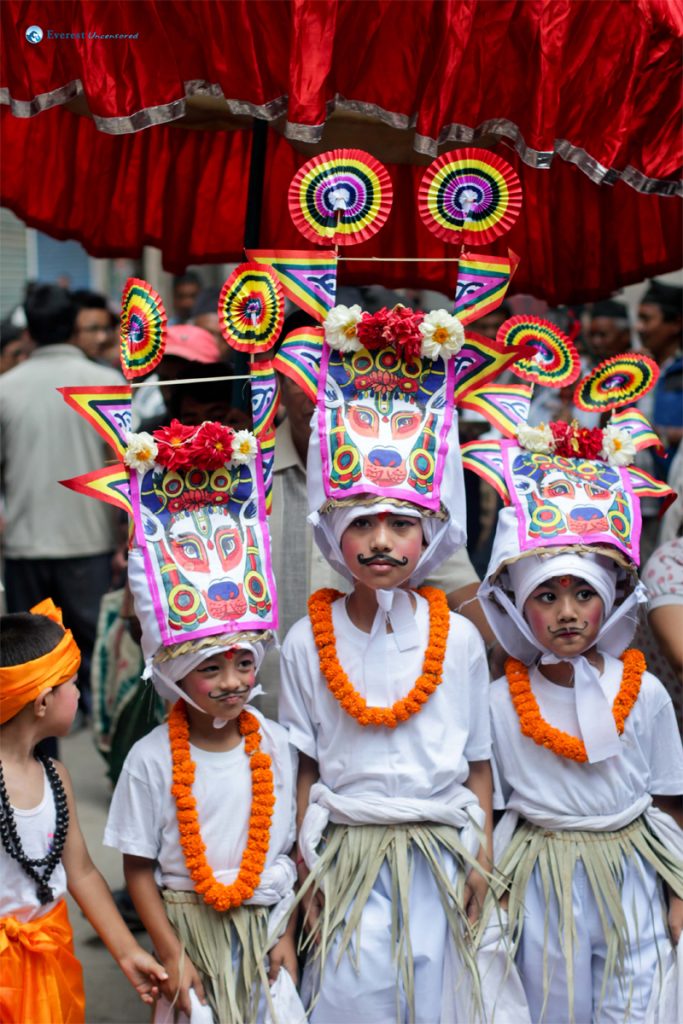